The Adur Ferry Bridge is an opening bridge that crosses the tidal River Adur and tidal salt marsh at Shoreham-by-Sea. It replaced a 1920’s narrow concrete footbridge that was life-expired.

West Sussex County Council needed a replacement bridge that would not only accommodate pedestrians but also cyclists. The new bridge had also to be a landmark that offered a number of improvements, particularly opening up the river for better access to boats.

The delicate ecology of the site meant that environmental factors had to be taken seriously together with careful planning and site management to ensure that there was no adverse effect on nesting or over wintering birds.

The local community were consulted from the initial stages to help inform the design from the start. Features such as improving visibility and protection from the wind suggested that the design should incorporate high glass sides to allow pedestrians, particularly children, to enjoy the experience of crossing the bridge.

Weekly surgeries, in collaboration with the delivery team, gave the community a chance to feedback on progress throughout the design and build. Crucially, the design needed to take into account long established navigation rights, dating back to the Normans. A fixed span design would have required an Act of Parliament, considerable time and expense to achieve. It would also have had a detrimental impact on the established houseboat community.

The chosen design was a swing bridge, featuring a central section supported by a mast and cable-stay. This 50m platform section rests on a mechanism in the central concrete pier of the bridge that can rotate to an open position in just three minutes to allow river traffic to pass.

The design features low energy lighting on the handrails, which creates an illuminated effect at night over water.

One of the main challenges was to incorporate a swing bridge mechanism over a river with a tidal range of up to seven metres. The installation challenge facing the project was that it was both a marine and land-based operation, requiring a balance between the both constraints. Material for the new bridge was transported by barge to minimise disruption during construction.

The Adur Ferry Bridge was opened in November 2013 by HRH The Duke of Gloucester and has already become a local landmark. It took 72,000 man hours to complete and weighs approximately 700 tonnes. 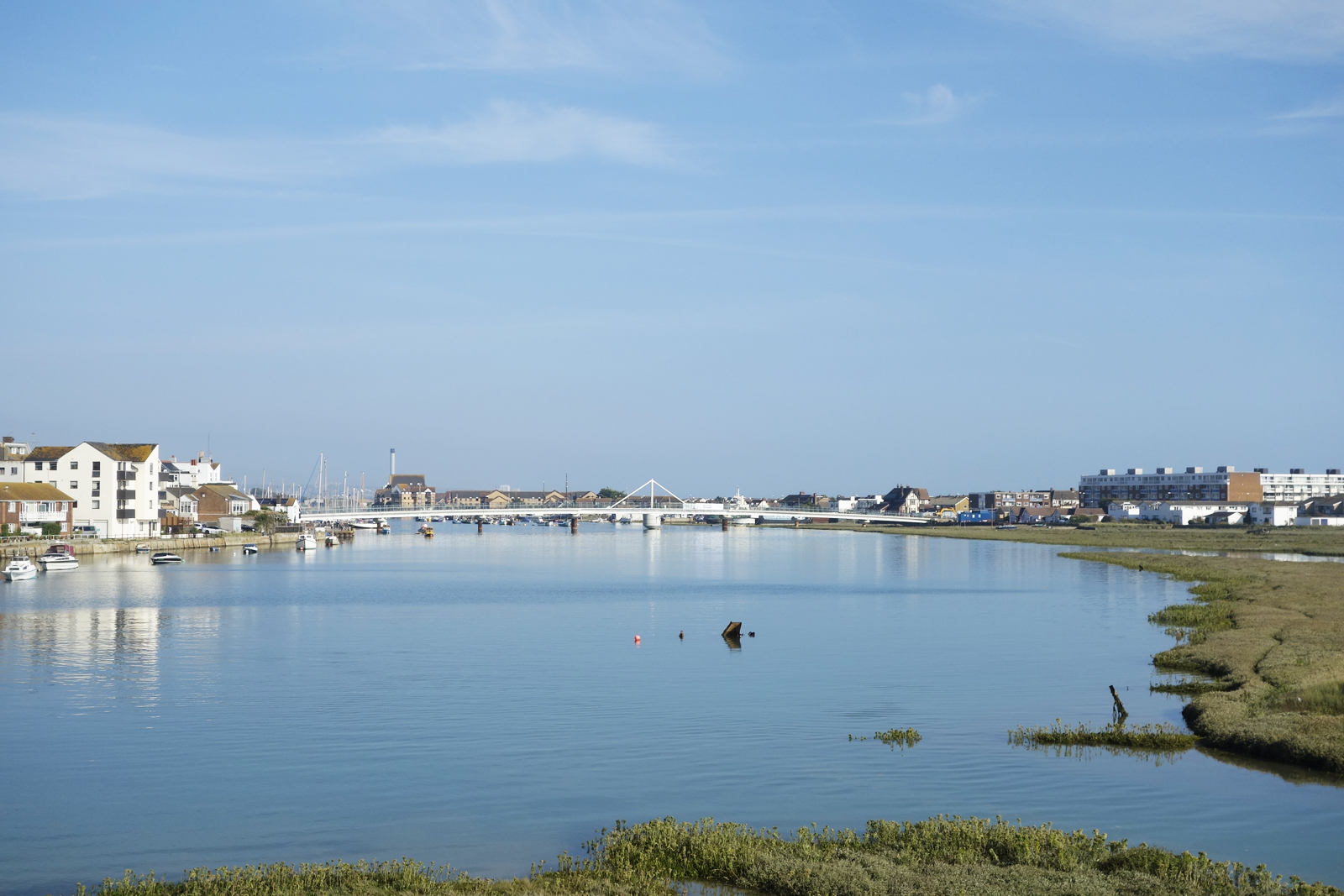 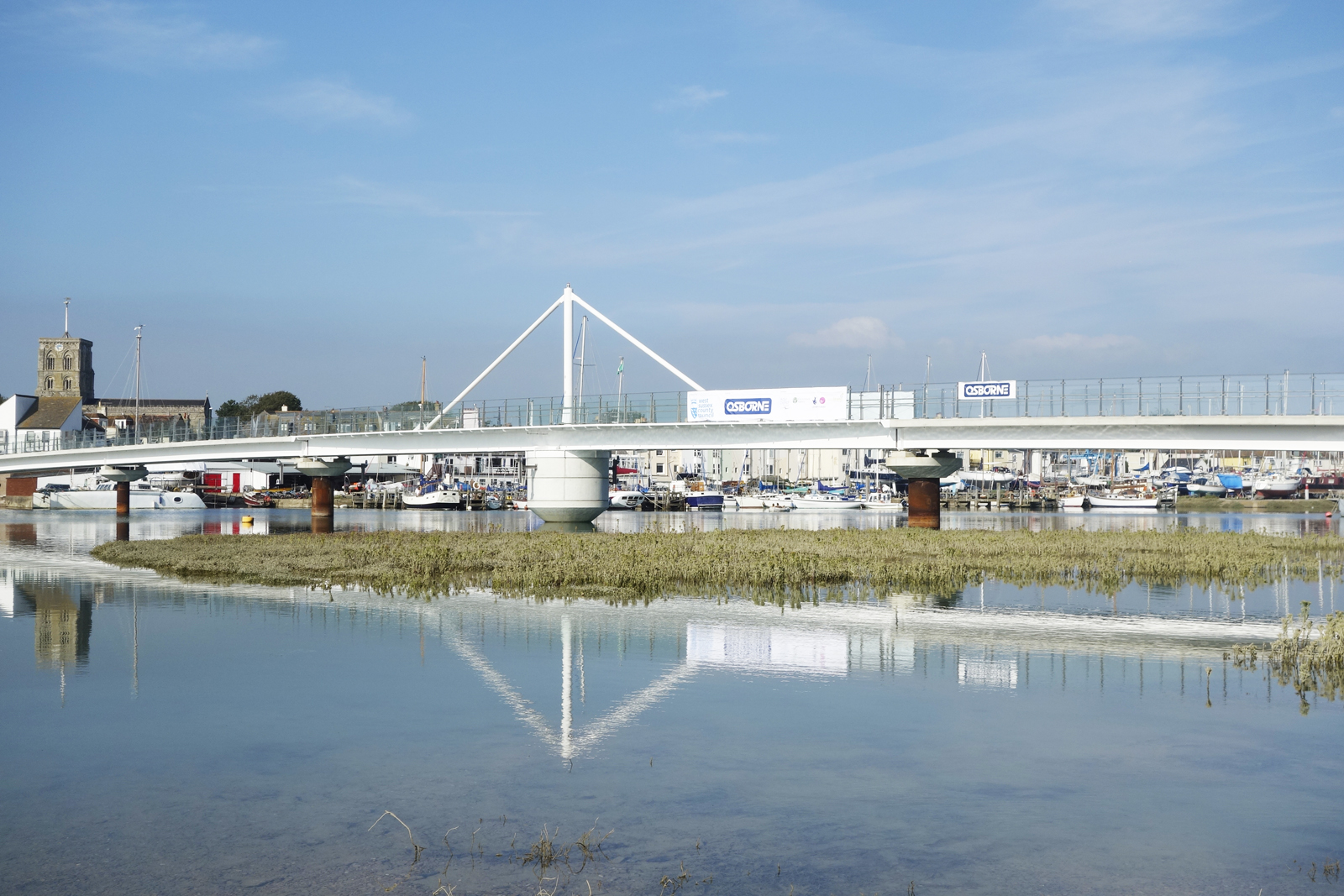 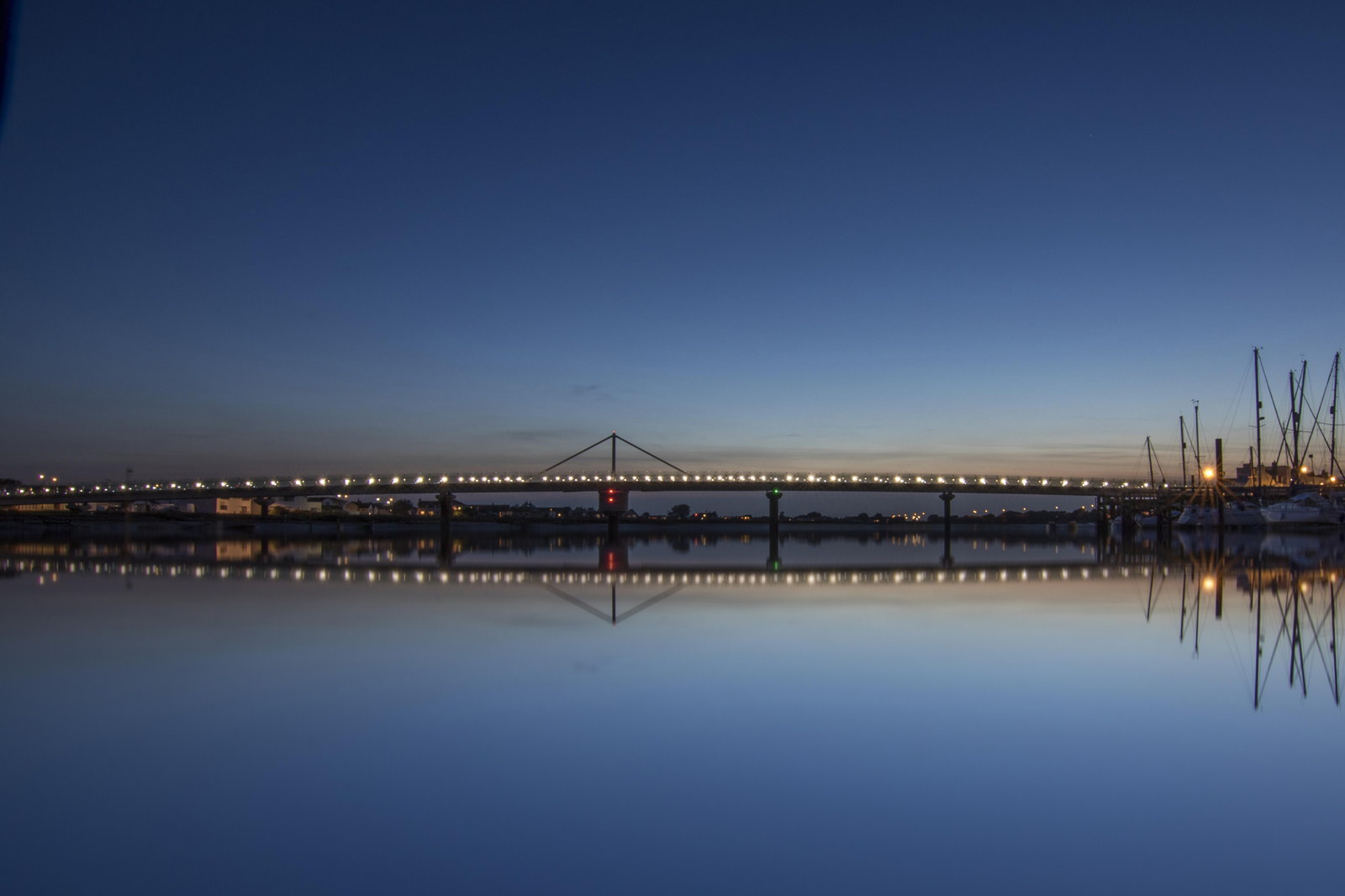 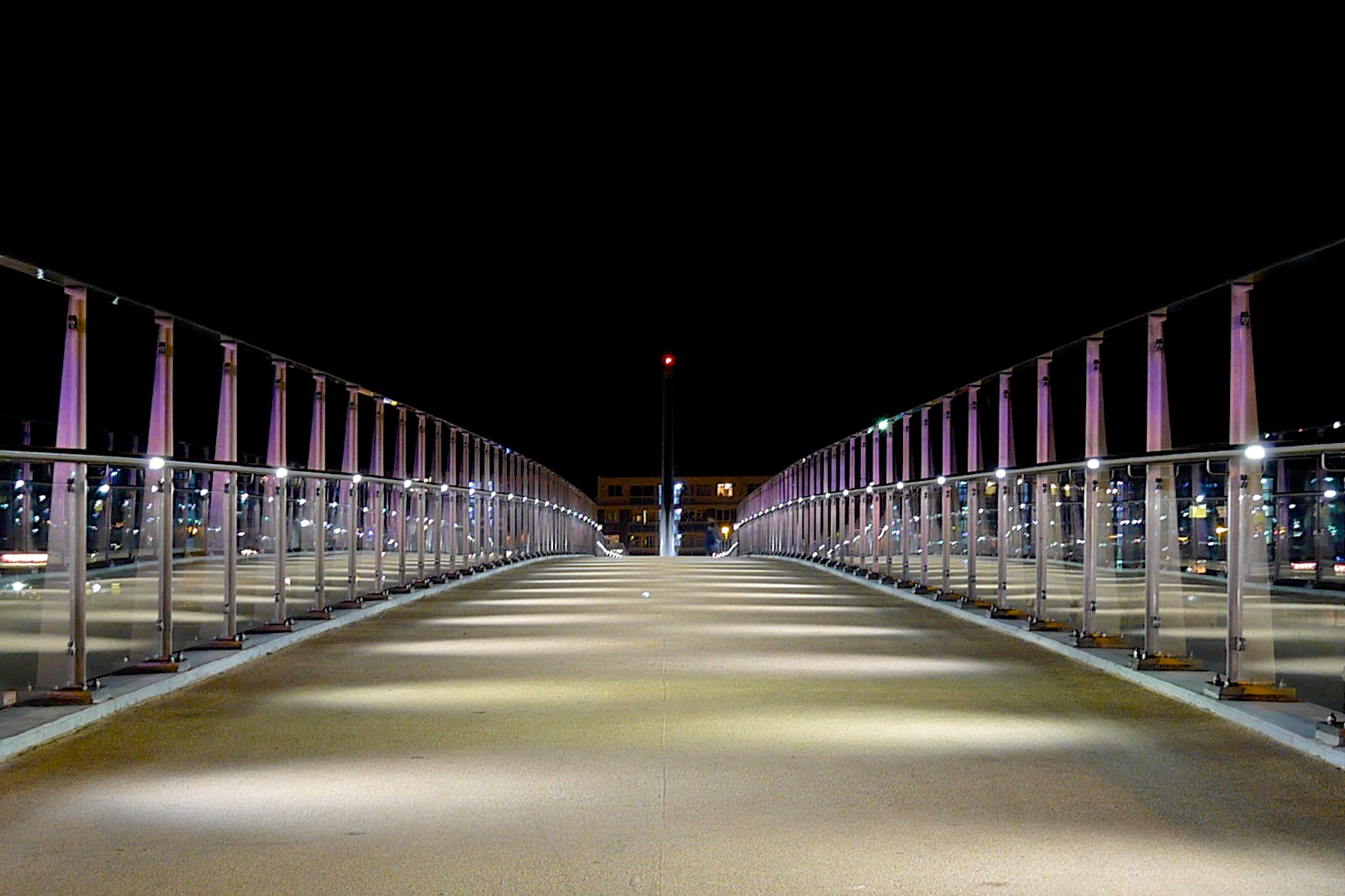 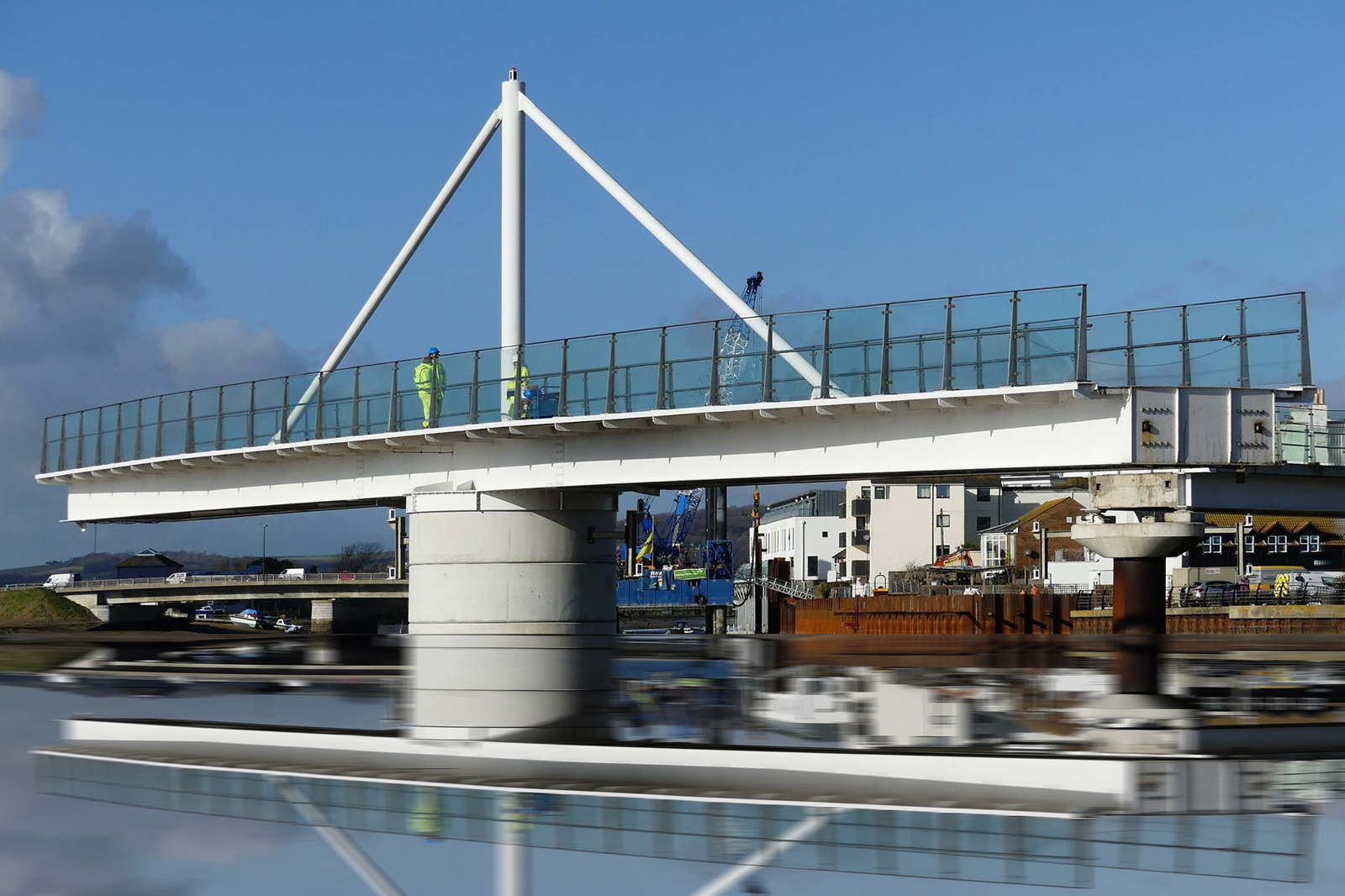