Opened in August 2016 the “Flypassvegen Feature Bridge” forms a gateway to Bergen at Birkelandsskiftet. The bridge carries the Stage 3 extension of the Bybanen (Bergen Light Rail System) that connects the city centre to the airport.

Bergen is the second largest city in Norway with a population of approximately 390,000. The project (part of Bergen integrated programme for transportation, urban development and the environment) aims to coordinate and prioritise public transport, road construction, pedestrian and cycle paths together with environmental issues over the next twenty year period.

Costing NKr3.7bn ($US450M), Stage 3 comprises of 7.2km double trackway from Rådal to Flesland airport, 2.8km of tunnels, over 1km of elevated structures together with 5 stations including 280 space park-and-ride facility at Birkelandsskiftet. 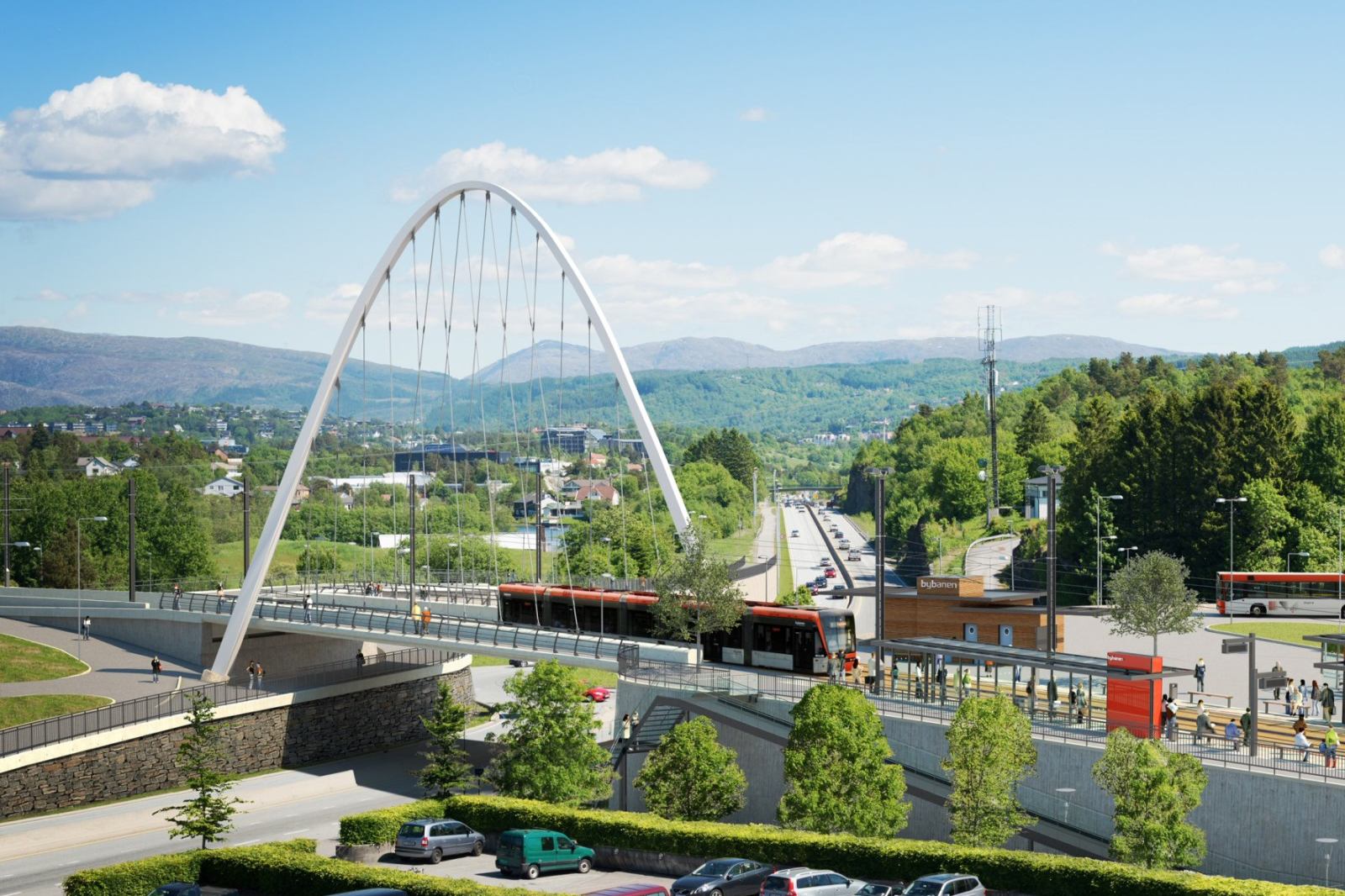 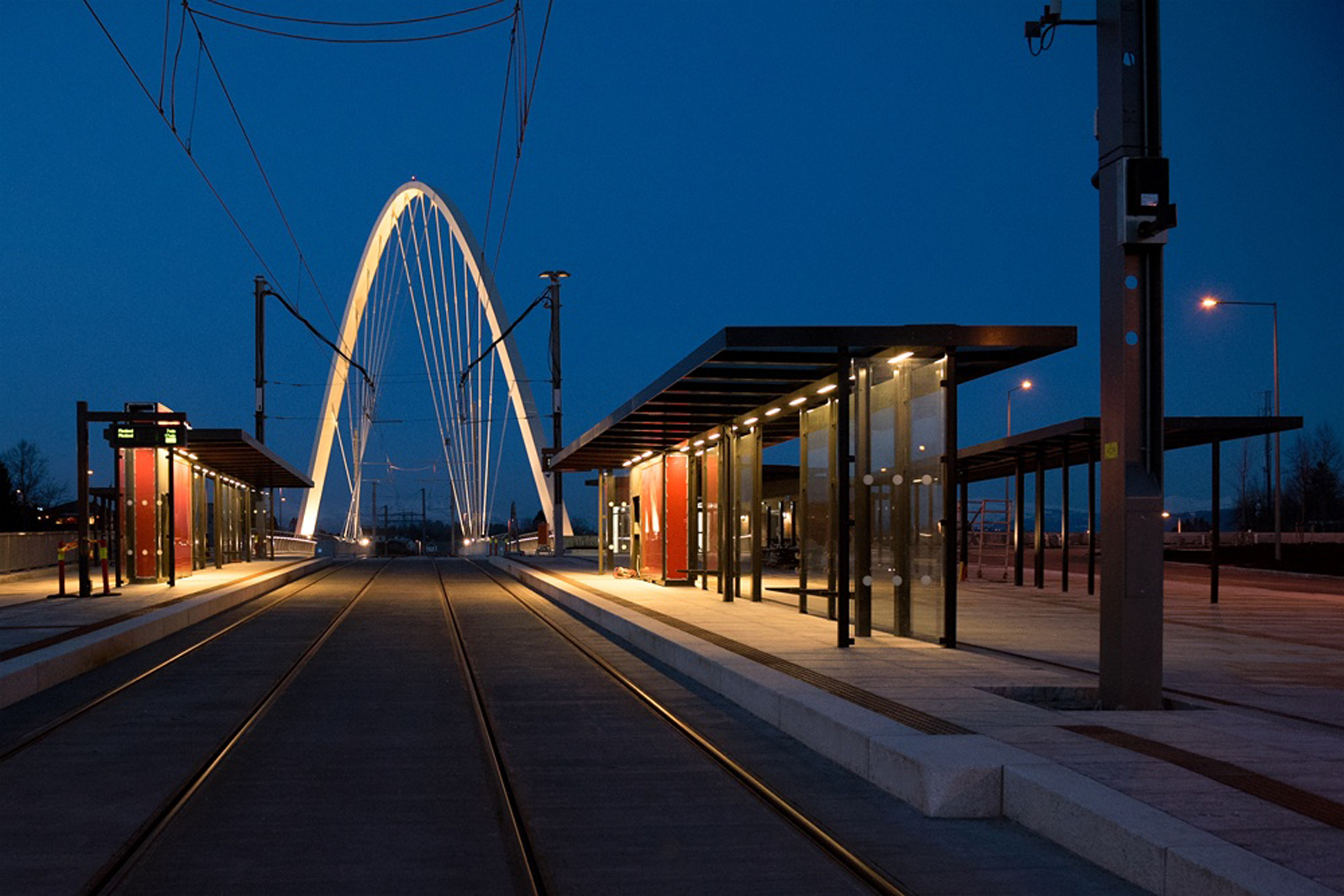 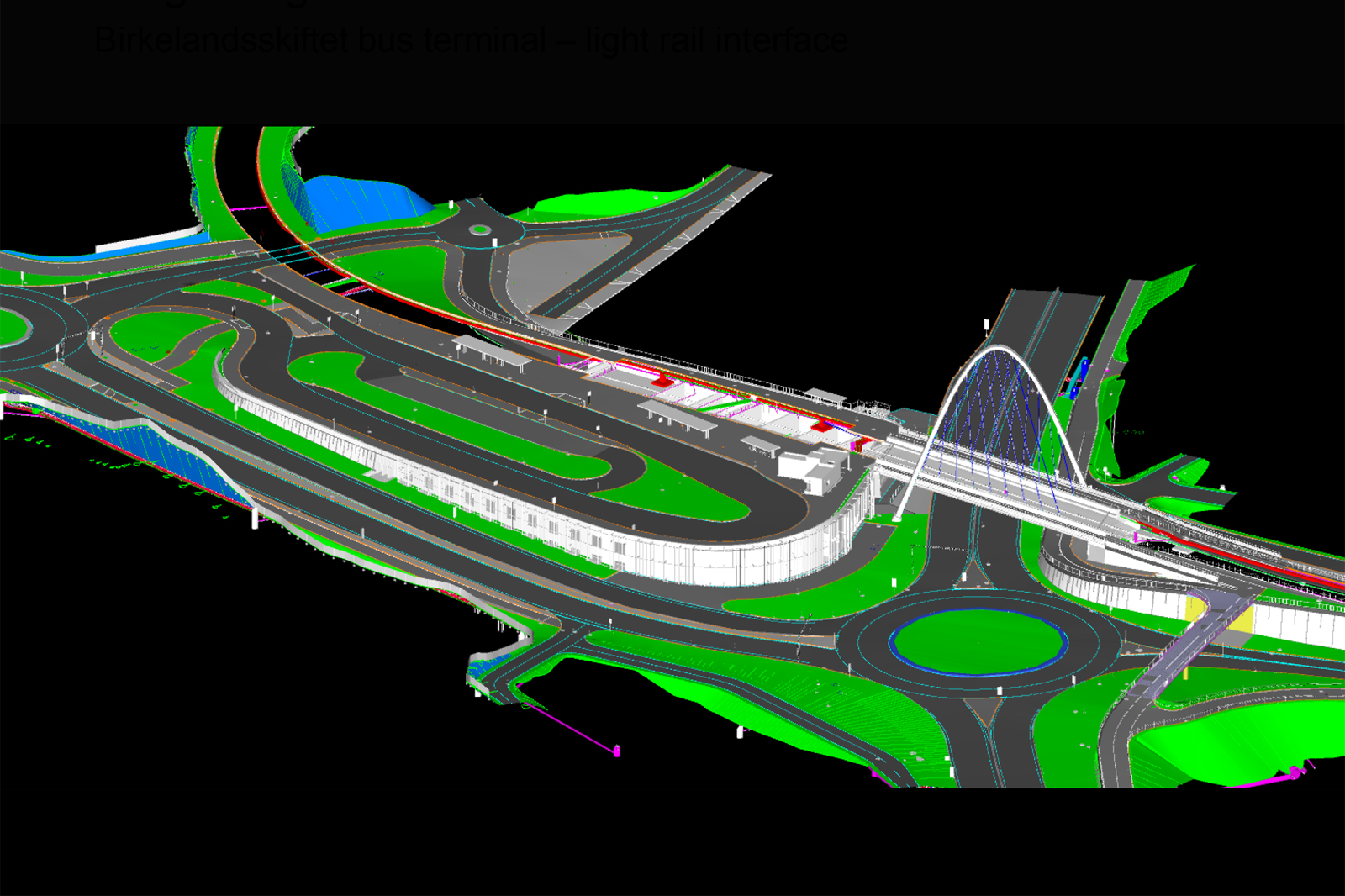