The project crosses the Tagus estuary to the east of Lisbon and was the final link in a north – south motorway system that connects Porto with Algarve.

The focus of the crossing is a cable stayed bridge with a main span of 450 metres. Due to the bridges proximity to the 1998 World Expo site aesthetics was considered of paramount importance. The main features of the bridge are the pylons which are conceived as pure sculpted elements, as if carved from a single piece. All the surfaces flow smoothly one into another with uncomplicated simple lines. The pylon’s legs are cranked to allow vertical cable profiles. An indication of the increase of forces is expressed by the subtle taper of the legs below the change in angle. Omission of a crossbeam immediately below deck level visually articulates the fact that the deck is suspended throughout. Higher up a tie beam, required for seismic stability, is carefully positioned to complete the composition.

A toll plaza and control building is located on the southern approach with tolls only collected from incoming traffic. The toll plaza canopy is formed from a 60m long x 17m wide folded plate, which varies in height between 7m – 9m. It is supported on specially designed structural steel ‘trees’. Each ‘branch’ support member is tapered in proportion to the forces they carry. The canopy position and orientation has been carefully composed for maximum visual effect and protection. For consistency the same structural concept is used to support the roof of the control building. 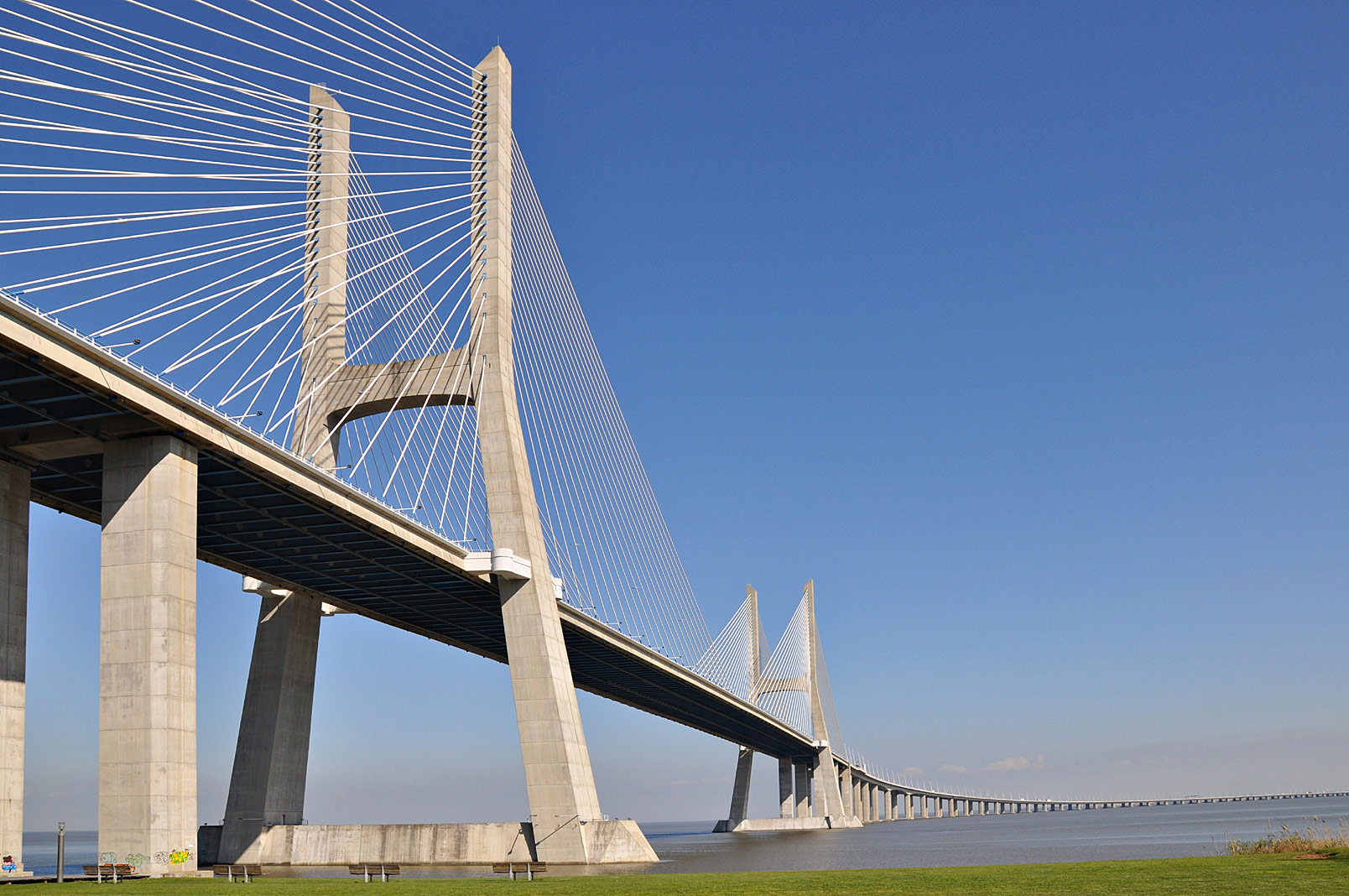 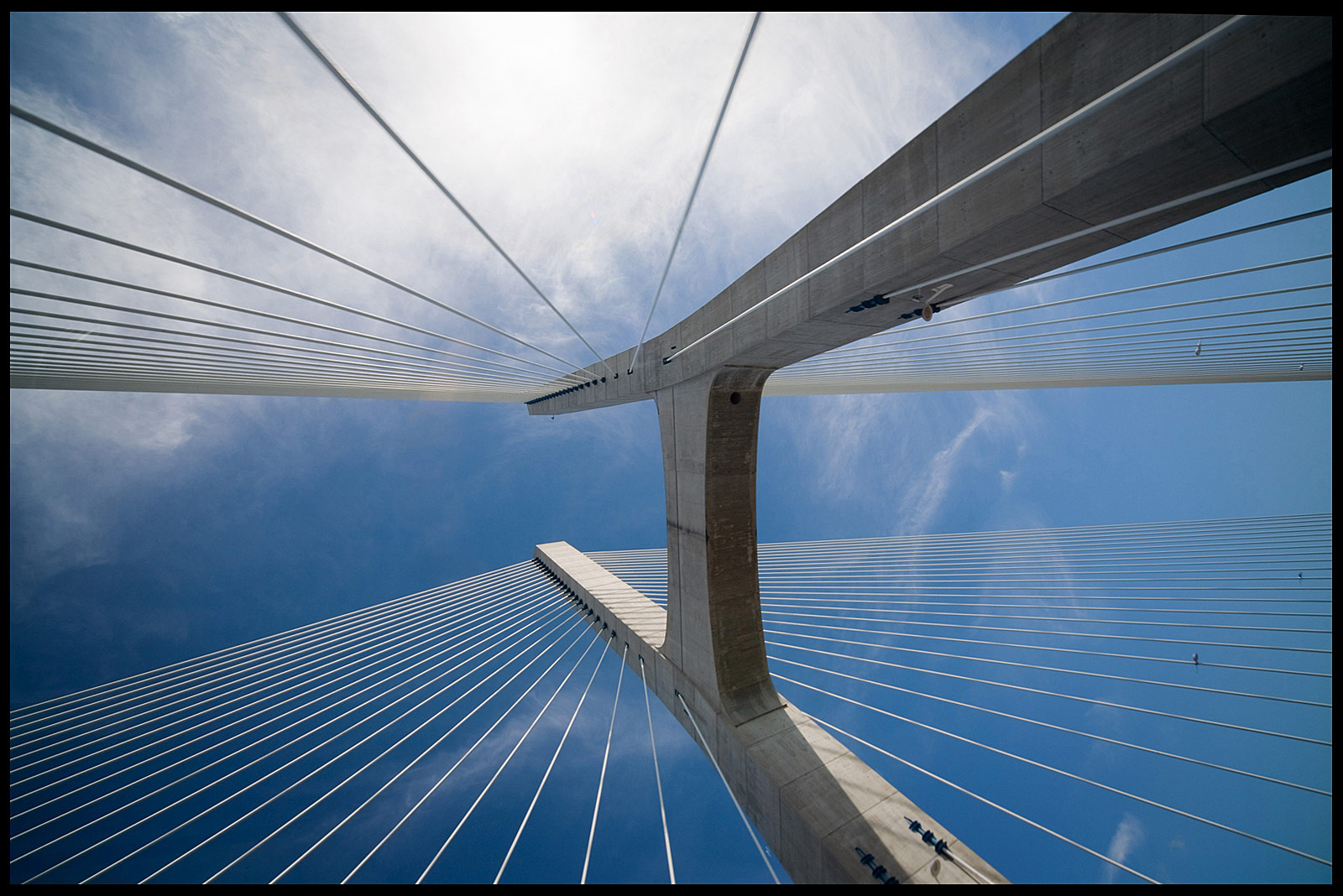 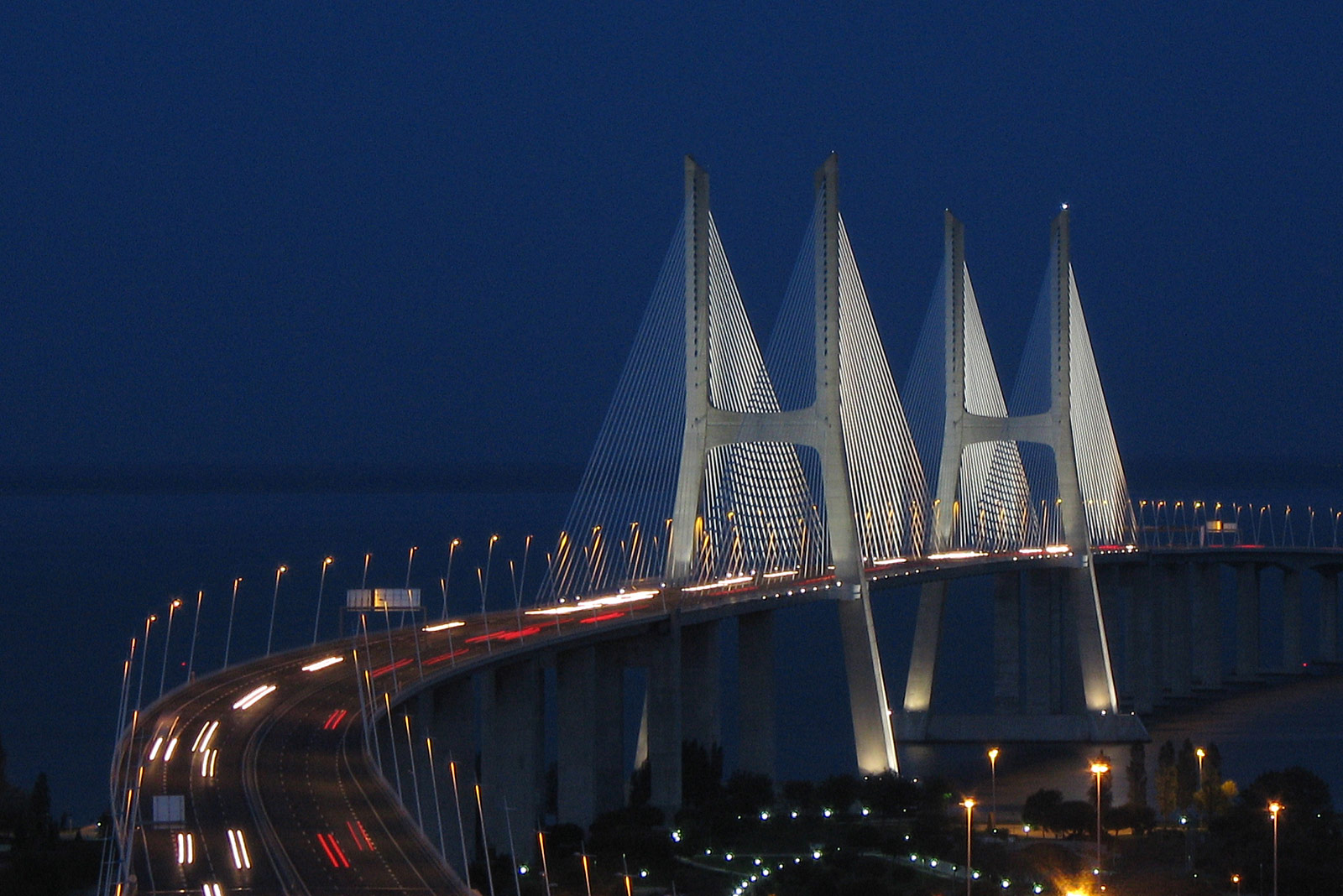