A Bridge to Town Centre Renewal

The iconic St. Tydfil Bridge forms the centrepiece of a £24M regeneration scheme in the South Wales town of Merthyr Tydfil.

Spanning the River Taff and connecting a recently redeveloped college with the town centre, the St. Tydfil Bridge forms an important element of Merthyr Tydfil’s regeneration programme. Funded by the European Regional Development Fund and Welsh Government, the regeneration masterplan encompasses a number of town centre enhancements with the new road bridge helping to make the riverside area an attractive destination. The Council wanted something that would be a feature and not simply a typical highway bridge structure.

A number of design options went out to consultation with the local planning and highways authorities, together with other stakeholders, and the favoured design was for a bridge with an iconic 136t skewed arch. Measuring 40.9m across its base and reaching a height of 18.5m, the arch was fabricated from 60mm thick plate. Connecting the arch to the bridge deck are a total of 14 × 80mm diameter hangers ranging in length from 4.7m to 22.5m. One of the project’s main technical challenges revolved around the hangers and the associated cable tensioning.

The appearance of the bridge was critical to the overall design and so it was decided that each hanger fin plate would be designed with the same geometry, but with varying orientation to suit the aesthetic alignment of the hangers.

For the site erection programme, the 29m long x 19.8m wide deck was the first steelwork to be installed. It is formed with a ladder configuration with two main 900mm deep × 600m wide outer girders, each 29m-long, connected by a series of nine crossbeams. Once the beams were erected the cantilevers were then bolted on providing support for the parapets as well as having the deck connection for the hangers. The next step was to fully assemble the arch and then lift the complete structure into position.

This eliminated working at height as well as having environmental benefits as no trestles were installed into the fast flowing river. Working in this way also reduced the construction programme as steelwork fabrication was carried out off site while the substructure was constructed on site.

Using a single 550t capacity mobile crane positioned on one of the riverbanks, the entire arch was lifted into a vertical position, slewed over the river to its final position where it was fixed to the abutments a procedure taking eight hours. 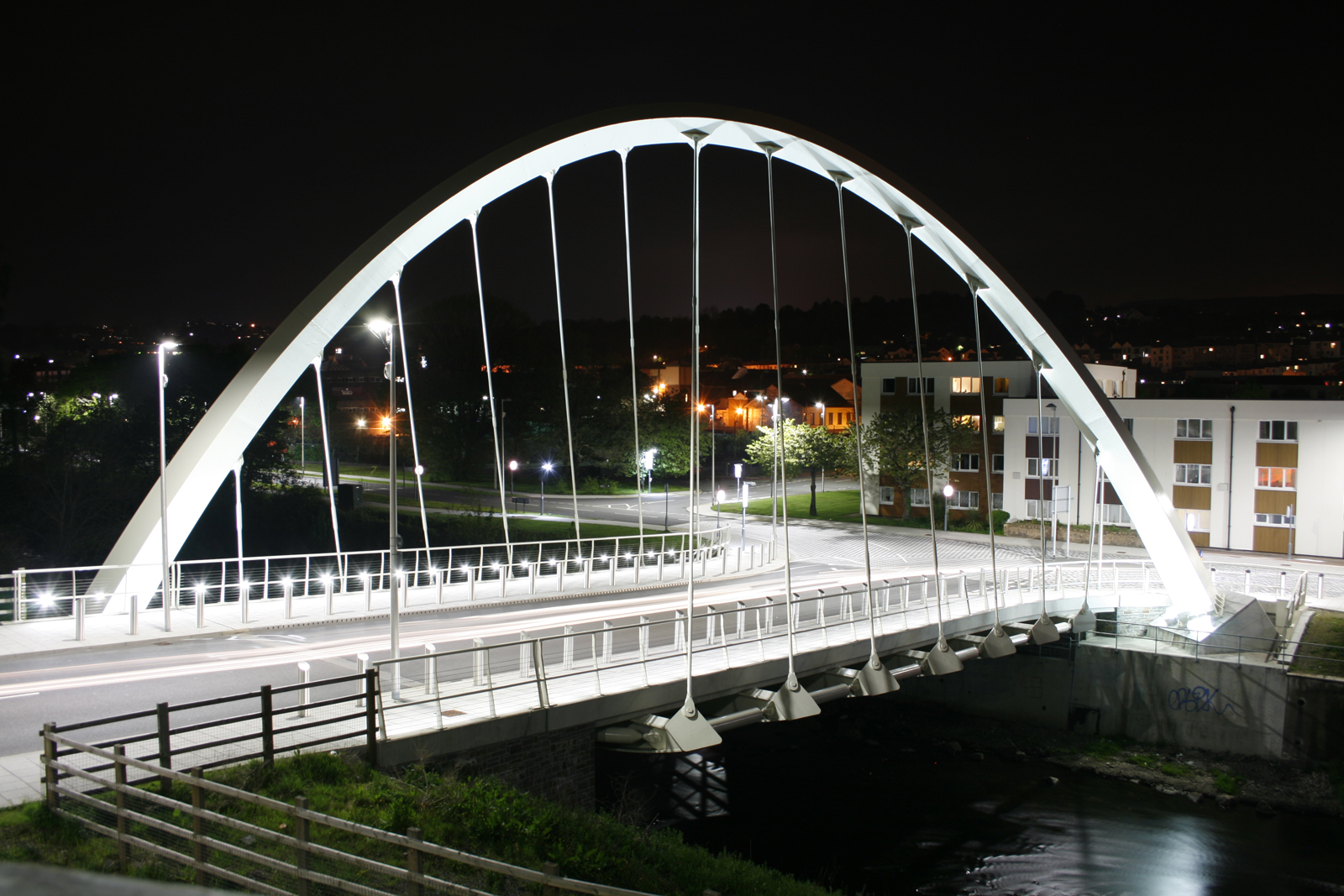 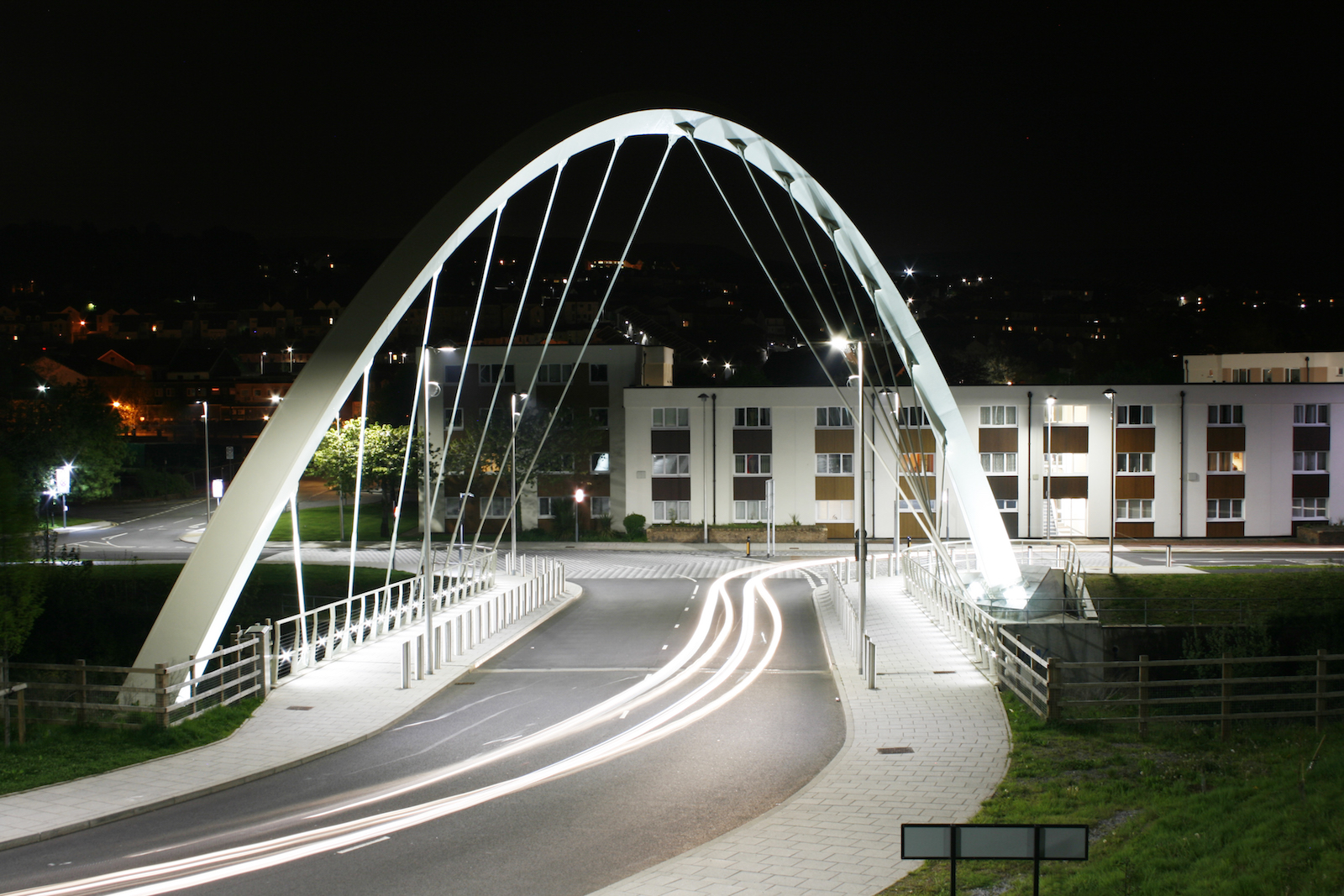 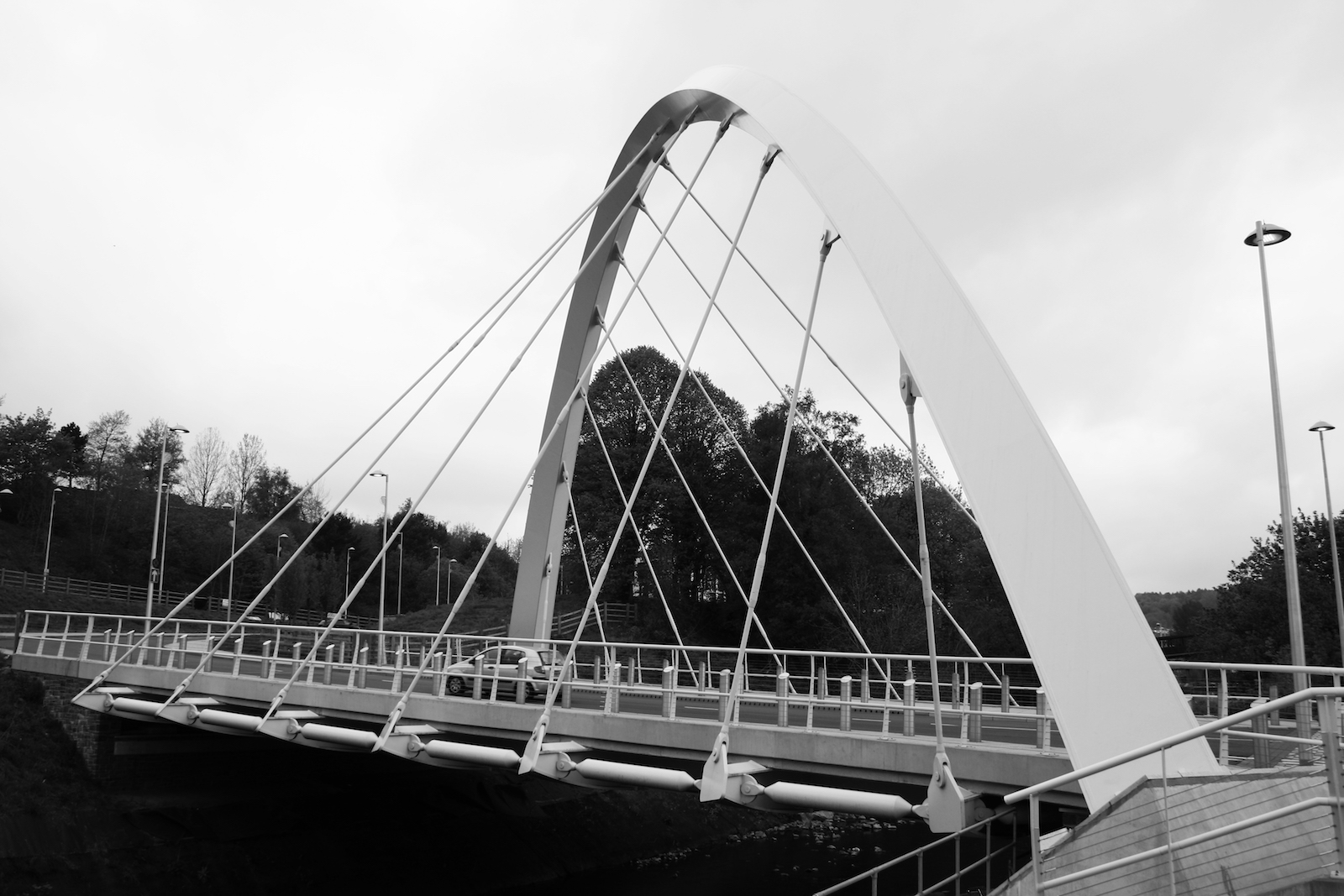 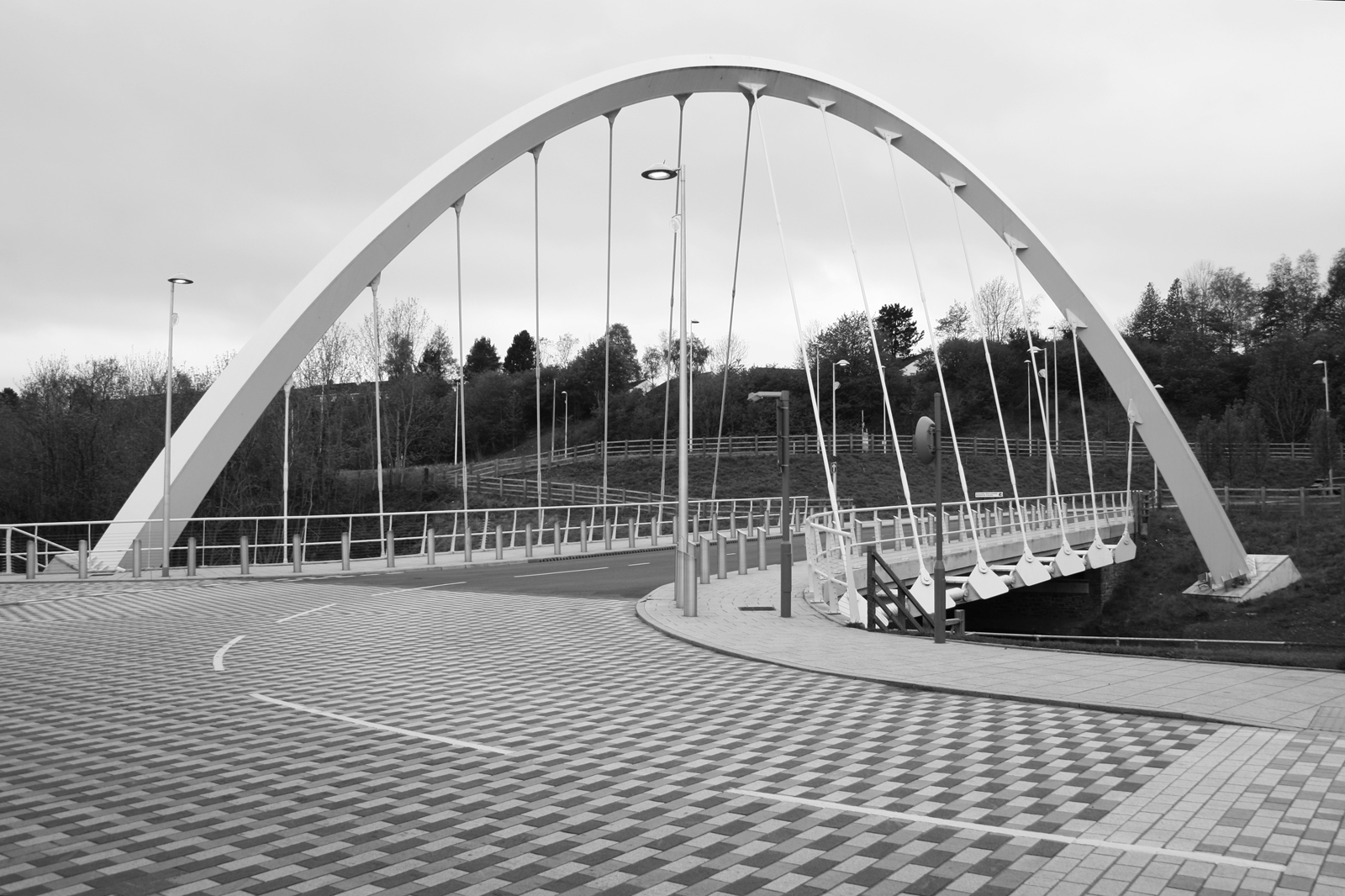 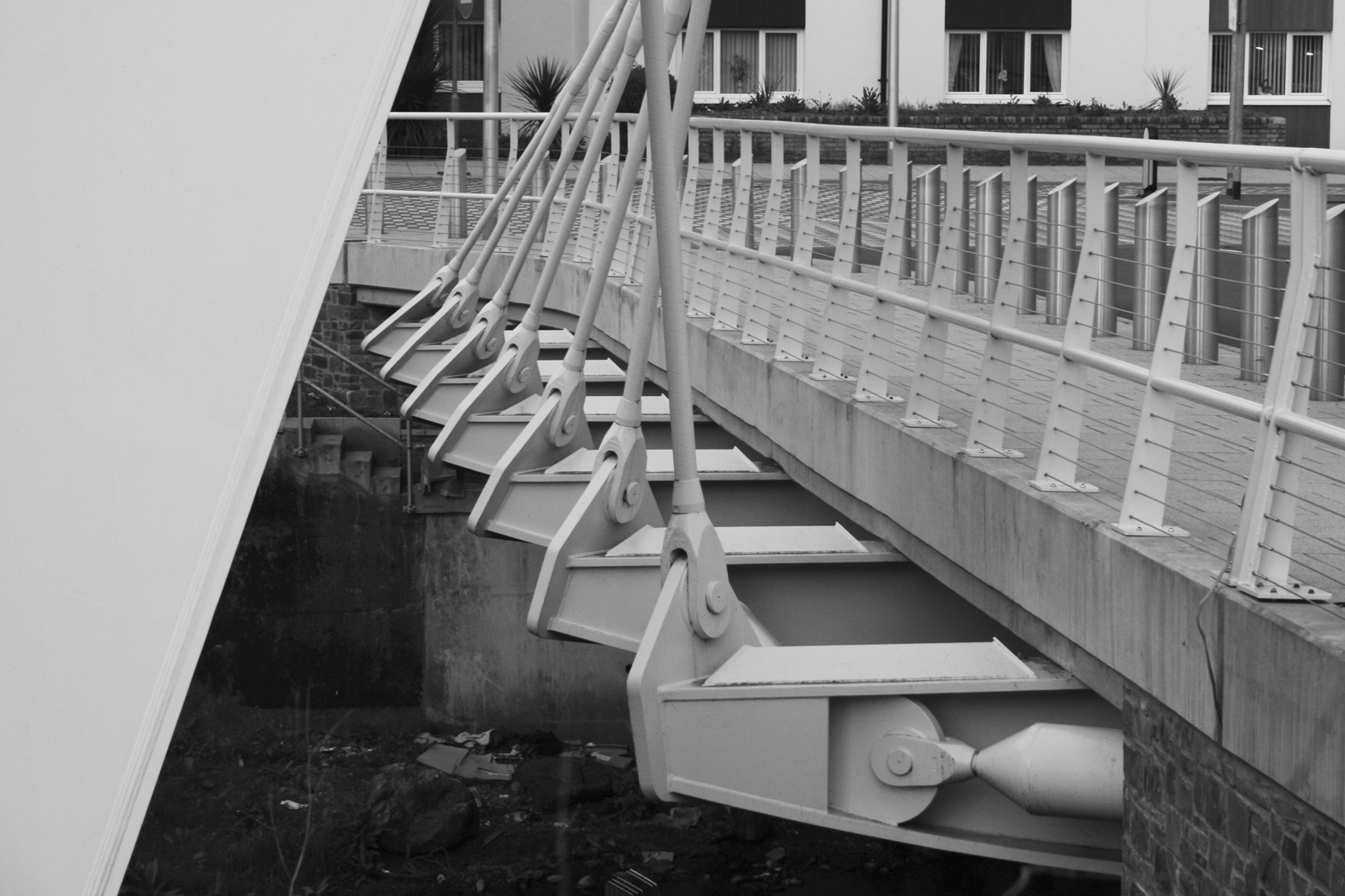